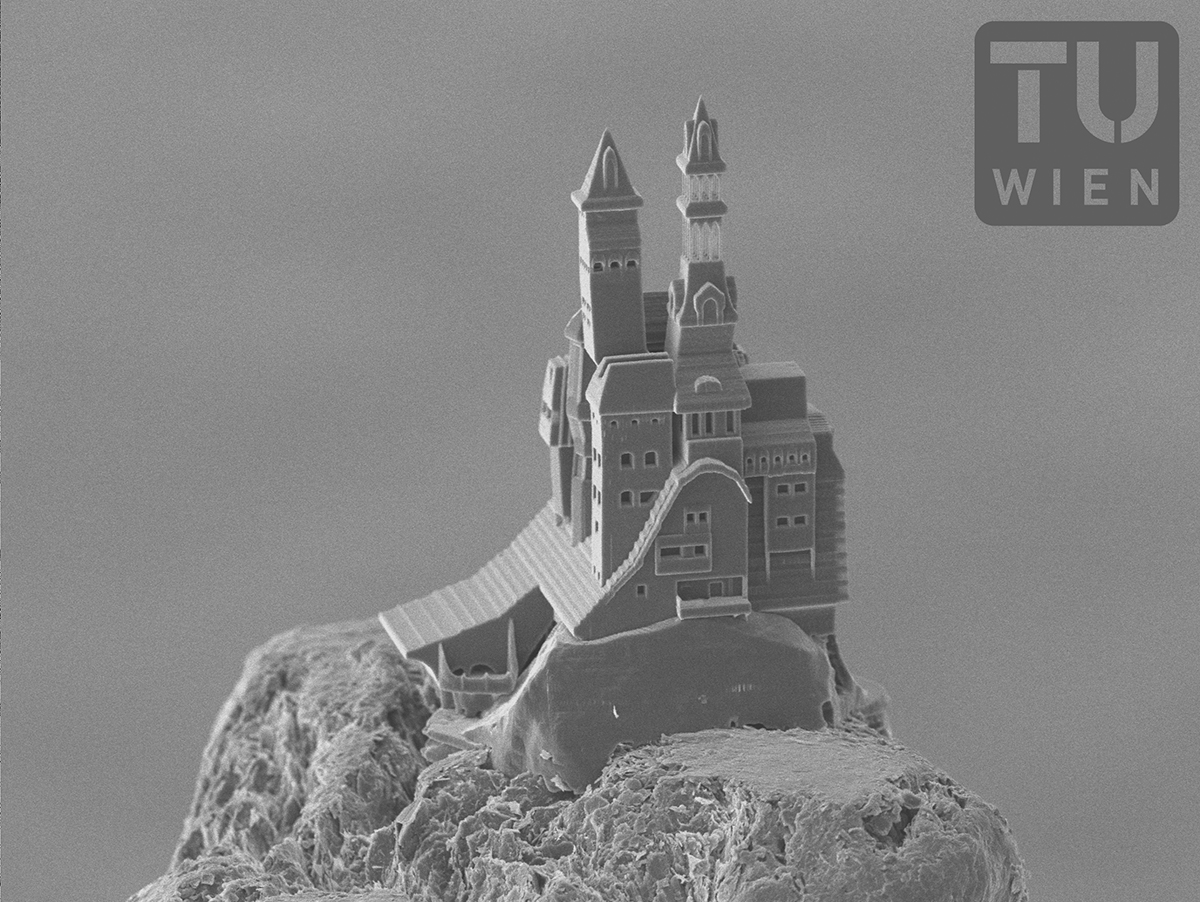 The miniature castle, 3D-printed by Peter Gruber from the group of Aleksandr Ovsianikov at TU Vienna, made first place at the Austrian Wiki Science Competition 2017. Complete with windows, steps and pillars it measures only 250 µm in width and 360 µm in height, towering on the sheer cliff of a sharpened pencil tip.

The model was designed by MäID – Future Retrospective Narrative, inspired by the Sutyagin house, one of the world’s highest timber structures, constructed and inhabited by a Russian gangster. At the TU Vienna it was realized via two-photon polymerization. This method allows extremely high spatial resolution due to the nonlinear nature of the underlying photochemical process. In contrast to conventional 3D printing, where the material is deposited layer-by-layer, structures are produced by localized femtosecond laser induced solidification. Only when multiple photons hit the material simultaneously, polymerization occurs. Thus fine details of less than 100 nm can be achieved.

Further reading on this technique is provided in the book Multiphoton Lithography: Techniques, Materials and Applications by Jürgen Stampfl, Robert Liska and Aleksandr Ovsianikov, all members of the Austrian Cluster for Tissue Regeneration.

In 2008 Sutyagin house was seized by the city of Arkhangelsk and demolished due to fire protection regulations. Its miniature tribute met a similar fate, as it was accidentally destroyed during sample handling after the SEM imaging. 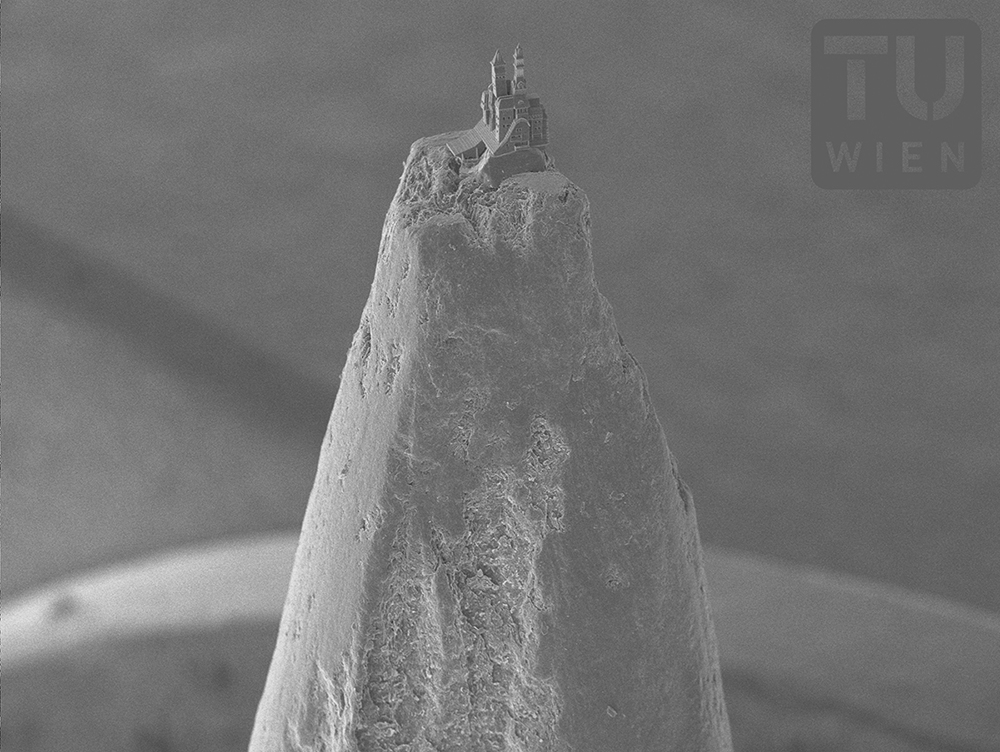 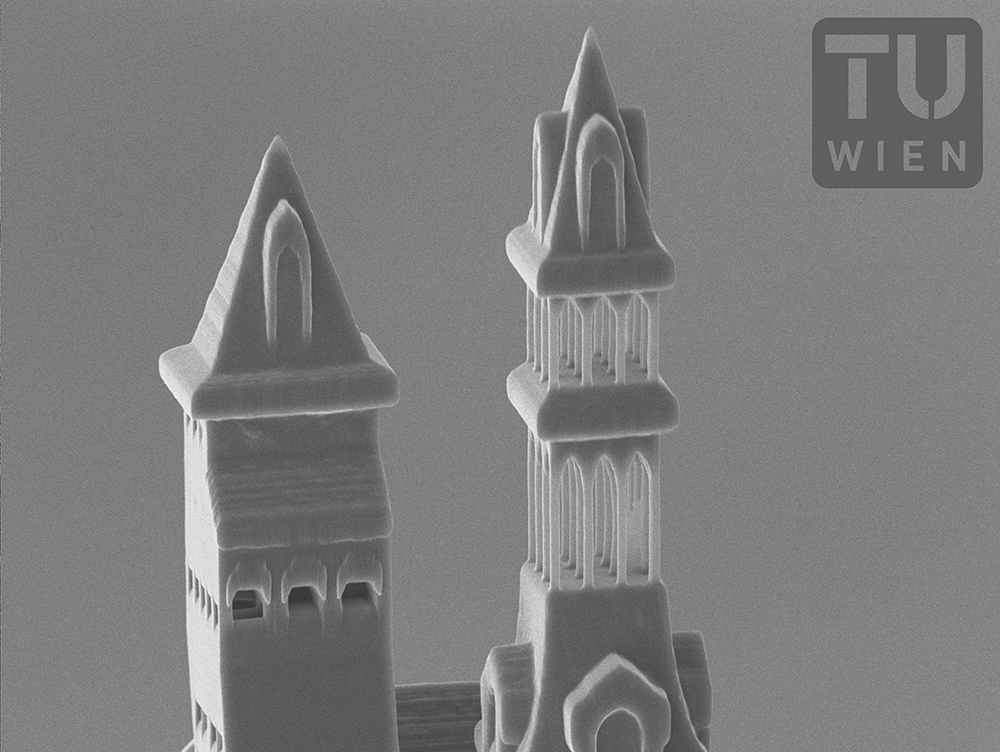