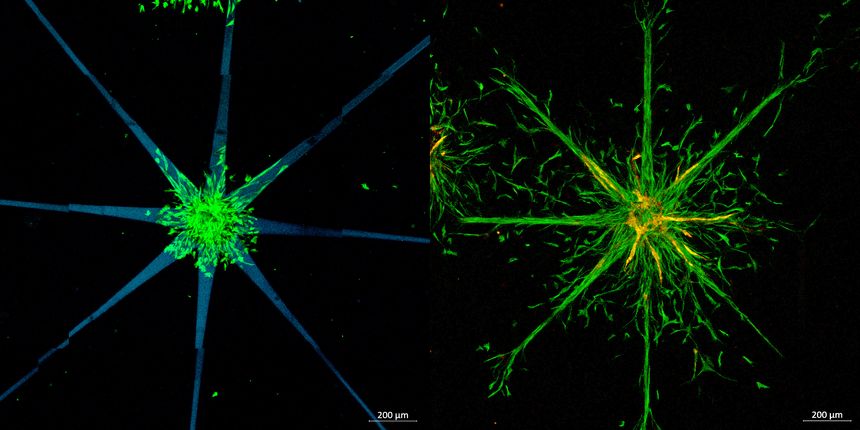 Hydrogels with properties similar to tissue are often used to construct artificial tissue. They are, by themselves, homogenous materials, thus making it challenging to direct cells to form sophisticated sub-structures within the material. Scientists from TU Vienna, together with LBI Trauma and Ghent University, Belgium, have developed a novel method to direct cell alignment, migration and endothelial sprouting in a gelatin-based hydrogel. The study has recently been published in Scientific Reports by Nature.

The scientists were able to observe the preferential orientation of human adipose-derived stem cells and study their directional migration in a co-culture model with human umbilical vein endothelial cells (HUVECs). Subsequently, they highlighted the dependence of endothelial sprouting on the presence of adipose-derived stem cells and demonstrated the potential of photografting to control the direction of the sprouts.