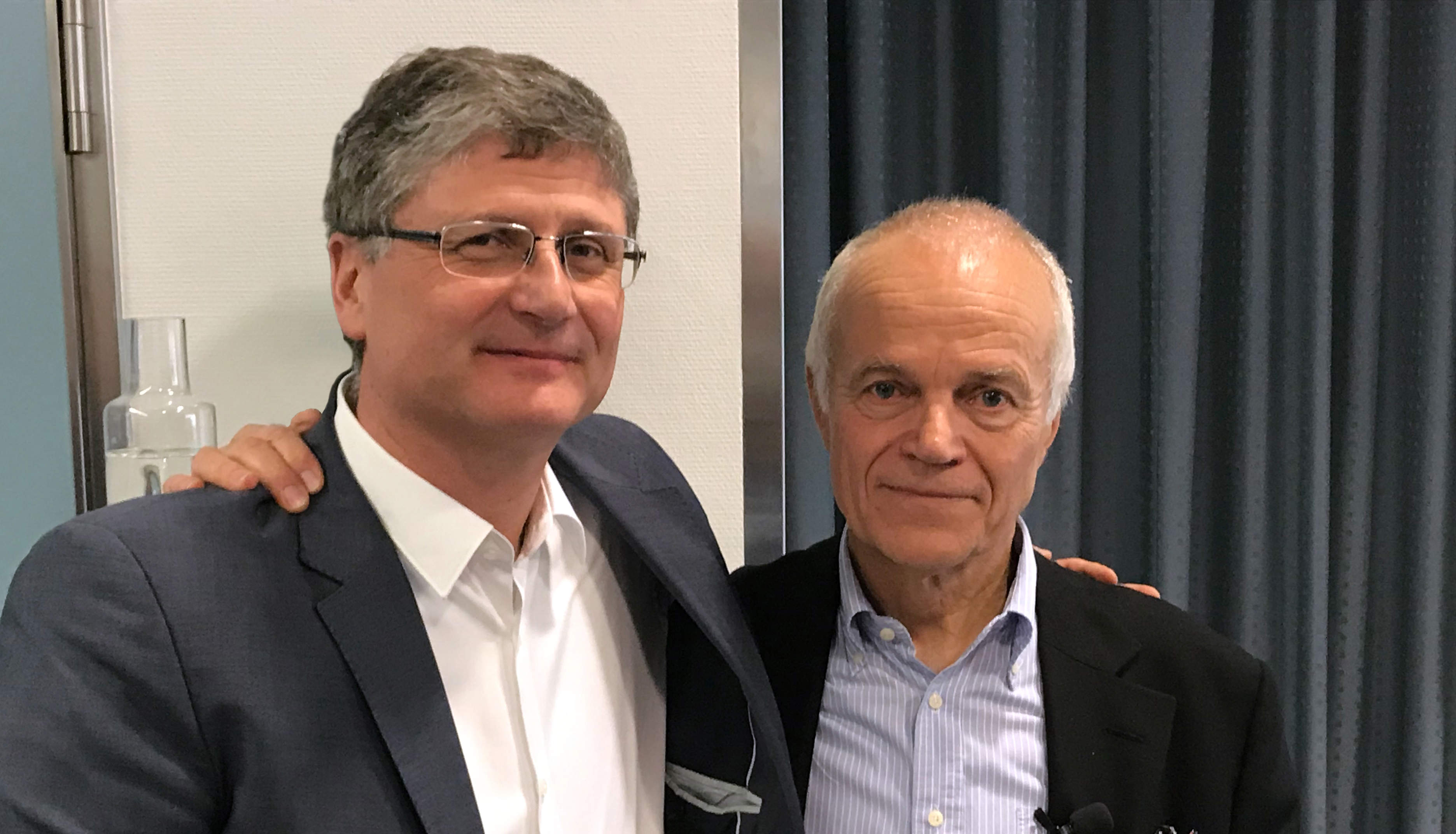 Rejuvenating the leadership at LBI Trauma

Research at the LBI Trauma is all about improving patient care following traumatic injuries. Whether it is about hemostasis after severe trauma, the development of new diagnostic tool or regeneration of damaged tissue – discoveries made here are finding their way into trauma clinics in Austria and worldwide.

For the past 20 years the institute was led by Heinz Redl. Although he can look back on an impressive carrier, he likes to shift the attention away from himself and towards research. “Art is I, Science is We” The quote from Claude Bernard, pinned to his office door, reminds visitors of his motto. The Austrian Cluster for Tissue Engineering is just one example of his ongoing efforts for collaboration and cooperation within the scientific community.

The bar is set high for his successor. Johannes Grillari, who will take over as head of the LBI Trauma on April 1st 2019, is well prepared for the task. The biotechnologist is already in charge of the Christian Doppler Laboratory for Aging Research at the Department of Biotechnology at the University of Natural Resources Vienna, where he also acts as associate professor. Research on cell aging lead him to the field of extracellular vesicles, which recently drew great attention due to their role in cell-cell communication. By now, Grillari and his team play a leading role in the field. In 2010, they were the first to discover the role of circulating miRNAs for the prognosis of age-associated diseases.

Grillari has cooperated with the LBI Trauma in numerous projects, such as determining the role of miRNAs in stem cell based therapies or extracorporeal shockwave treatment. The first joint publication already took place in 2009 and described the development of an immortalized cell line from adipose-derived stromal/stem cells. Today the cell line serves as a model system in many laboratories. In the future it could also be used for the production of extracellular vesicles for the treatment of various diseases.

There is another quote at the door to Heinz Redl’s office: “Who wants to discover truly new thing, cannot be crazy enough. (Niels Bohr)” Unconventional approaches such as silk-made ligaments or nature-derived biocompatible glues demonstrate that scientists at the LBI Trauma embrace this mindset. Johannes Grillari has already proven that he can be just as crazy, most noticeably when he, together with his wife Regina Grillari, established the use of urine as source for induced pluripotent stem cells. This non-invasive method could become a new standard of gaining cells for tissue regeneration and implant generation.